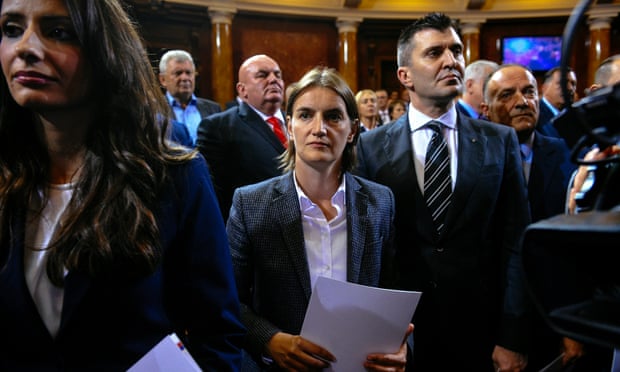 A gay woman has been appointed prime minister of Serbia in a double first for the EU-candidate state.

Ana Brnabić, 41, a graduate of the University of Hull in England, is the Balkan nation’s first gay PM and first female PM.

Brnabić’s appointment, which comes in the same week that Leo Varadkar was formally elected as Ireland’s first gay PM, is all the more remarkable given that virulent homophobia is still widespread in the Balkans.

The Serbian president, Aleksandar Vučić, announced on Thursday evening that he was giving Brnabić, a non-party technocrat, the mandate to form a new government, describing her as “hard-working, [with] professional and personal qualities”, the Serbian news agency B92 reported.

Catholic theologians expressed concern and dismay about President Donald Trump’s decision to withdraw from the Paris Agreement on climate change, with at least one theologian calling such action “objectively sinful.” The president’s announcement had come one week before a group of Catholic theologians met for their annual convention, which focused on the intersection of faith and care for the environment.

“By reneging on its commitments, the U.S. could well undermine the shared trust that keeps other nations committed to the accord, with potentially devastating consequences for the entire planet,” said Jesuit Fr. David Hollenbach, outgoing president of the Catholic Theological Society of America. “This suggests that Trump’s decision to withdraw can be seen as objectively sinful.”

There are plenty of reasons to want the Liberal Democrats to have a new leader. In a period defined by Brexit, their 100%, undiluted Remain message has failed to get through, suggesting there may be a problem with delivery or that they misjudged how to respond. Some think Tim Farron doesn’t really look like a leader and struggles to get a hearing with the public.

But that isn’t why he has stepped down. He has been forced to step down because of his faith.

“To be a political leader, especially of a progressive liberal party in 2017, and to live as a committed Christian, to hold faithfully to the Bible’s teaching, has felt impossible to me.” 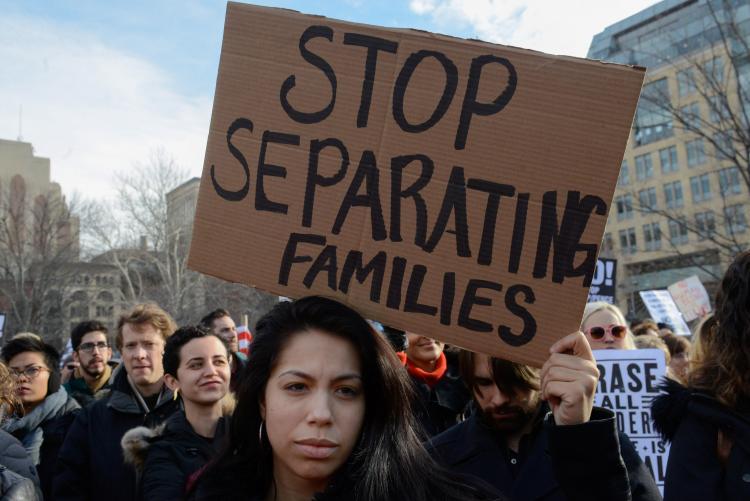 Taking stock of their efforts over the past six months to combat some Trump administration attempts to crack down on undocumented people living in the United States, Catholic bishops meeting in Indianapolis today pledged to be more proactive in laying out a vision for comprehensive immigration reform.

Bishop Joe Vasquez, head of the bishops’ migration committee, said in a report to fellow bishops that church leaders now seek “to move beyond simple reaction to the various negative proposals we have seen lately.”

An open letter cautions that human rights aren’t a barrier to fighting terrorism, but part of the solution.

From the Institute for Security Studies, Africa:

Congratulations on your election victory, which comes at a difficult time for your country and your leadership. What the United Kingdom (UK) needs now is certainty, you’ve said. Citizens will no doubt look to your campaign promises to see what that might mean for them.

That’s what we wanted to talk to you about, actually. Usually, we criticise politicians when they fail to deliver on their sweeping campaign promises. This time, we are in the strange position of hoping that there is one promise you won’t keep.

The twin terror attacks in Manchester and London in the run-up to the vote were tragic. The very real threat of terrorism facing the UK was rightly condemned in the strongest terms by leaders across the political spectrum, yourself included. ‘Enough is enough,’ you said, and ‘things need to change’.

You’re right. Things do need to change. But we’re worried about the changes you propose to make.

Tory MPs have told BuzzFeed News they are deeply concerned that any alliance with the Democratic Unionist Party (DUP) could cause serious damage to the Conservative party’s public image owing to the Northern Irish party’s record on LGBT and abortion rights. 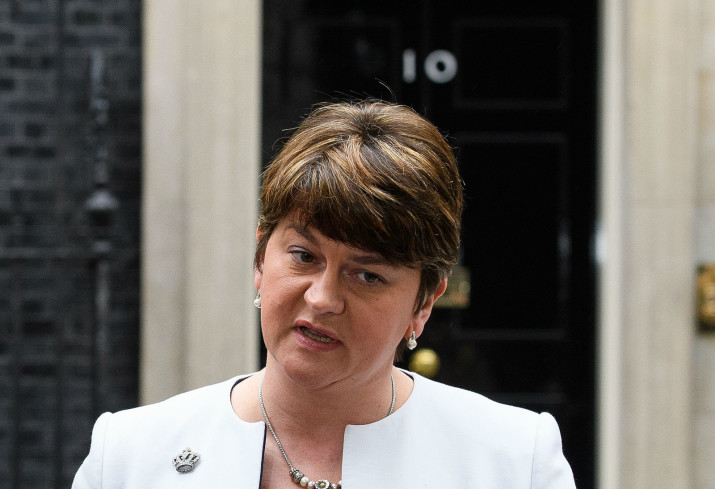 Politicians on the modernising wing of the Conservatives fear the party’s progress in appealing to minorities could be wasted, and say they are already receiving large volumes of correspondence from constituents concerned about a formal alliance with a party that has consistently blocked same-sex marriage in Northern Ireland, and opposed any move to legalise abortion.

LGBT Conservative groups have registered their opposition, while the increasingly-powerful Scottish Conservative leader Ruth Davidson requested specific reassurances from Theresa May that LGBT rights would be defended as part of any arrangement with the DUP.

“Privately, people have expressed their concerns to the whips and Number 10,” former education secretary Nicky Morgan told BuzzFeed News. “MPs are being flooded from emails from campaign groups.”

A decade ago I was confronted with a massive display of homophobia. At the time I was a member of the Dutch Parliament visiting the island of Aruba, a constituent country of the Kingdom of the Netherlands. I was with members of Parliament from the Netherlands, from Aruba, and from other islands of the Dutch Antilles in the Caribbean. I proposed a delicate topic for the agenda: the legal recognition in Aruba of same-sex marriages conducted in the Netherlands.

“I am a lobbyist,” Thomas Sternberg says with a smile, unafraid to use the word.

A theologian and historian by training, the 65-year-old politician has led the Central Committee of German Catholics (ZdK) since November 2015.

ZdK, which is a powerful national lay organization, made news again in May by calling on German bishops to present its request for the female diaconate to the Holy See.

“I lobby in the sense that, together with the whole Committee, I represent the interests of Catholics in our country,” explains Sternberg, an imposing figure originally from Münster.

In fact, political involvement has always formed part of the DNA of the ZdK, which was founded in 1868.  The 1848 Revolution, that “springtime of the peoples”, which took place in the context of the revolutionary anti-monarchical wave sweeping Europe ended in failure in Germany.

Lay people then joined together to defend religious freedom. The same year they launched the Katholikentag – the Catholic Days – that have now become a German institution.

The Gender Recognition Act will be reformed in the next parliament, the two people vying to be Prime Minister have told PinkNews.

Both Jeremy Corbyn and Theresa May have now pledged to reform the act as part of their agenda for LGBT voters.

They join calls from smaller party leaders – except for UKIP – to update the 2004 law to improve the process for those who legally transition.

Road signs in our swirling torrent of politics are few and far between, particularly to the most important questions, about who will win in December and how that will influence the elections in 2019. But, the actions of Cosatu and the SACP may be about to provide us with a few pointers to our future. The SACP is about to start a process that could mark the start of fundamental change in our politics, something that will not just change the game, but change the playing field altogether. Should the SACP decide at its conference in July to leave the alliance, it would almost certainly mean the party does not believe Cyril Ramaphosa has a chance of winning in December. By STEPHEN GROOTES.