Solving the crisis in social care provision for older people is not just a matter of building more care homes, argues Carol Jagger. She explains the various ways in which dependency has changed compared to 20 years ago, and suggests some of the solutions the government should consider. 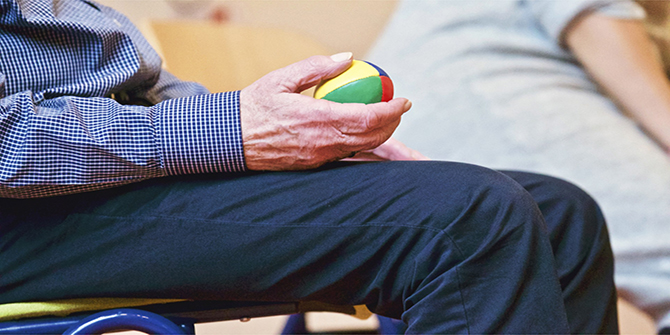 As winter and the flu season approach, health and social care services are bracing themselves for what has become the inevitable surge in older people falling ill. Simon Stevens, chief executive of NHS England has already warned that Britain may well experience the same heavy burden of flu cases that Australia and New Zealand are just coming out of. But it isn’t just hospitals that will feel the effect – when an older person who lives alone is admitted to hospital, they may not be able to be discharged as quickly as both sides might like because of delays in organising a package of care. Add to this mix a cold winter and/or fuel poverty, and England and Wales might be in line for another record year for excess winter deaths.

However the crisis in social care provision is not just a winter phenomenon. Part of the problem is the greater numbers of old, and particularly very old, people due to the larger post-war birth cohorts and the steady increase in life expectancy over the last decades. What is most surprising is that there has not been more notice taken of these trends which have been visible for many years. Perhaps it is because some have equated longer life expectancy with a healthier population and, indeed, anecdotally there is a belief that today’s older adults are fitter and healthier than previous generations. But our recent research suggests this is not true.