The speed at which a tsunami can move is frightening. But what is less dramatic, and sometimes more important, is the speed at which the tsunami pulls out, as its power is sucked away and what has been destroyed is revealed. Tuesday was a day in which we saw some of the devastation that has been wrought. As the power is sucked away from President Jacob Zuma, as the wave that brought him to the highest office in the land withdraws, so we see the stark damage that has been done to the ANC. And to the office of the Public Protector. Unfortunately, in the case of this particular tsunami, it has the potential to cause as much damage during its withdrawal phase as it did when it first broke across our political banks. By STEPHEN GROOTES. 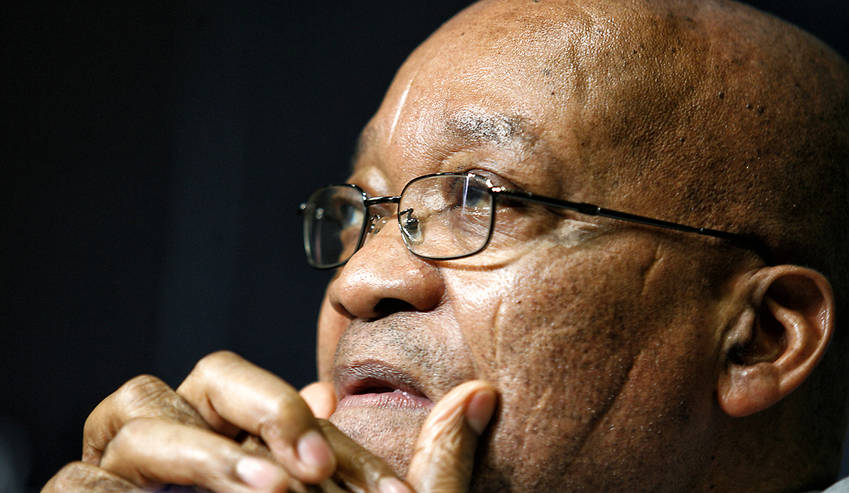 News editors of the land didn’t know where to start at 10 o’clock on Tuesday morning. A set of legal papers filed by the Reserve Bank had revealed that Public Protector Busisiwe Mkhwebane had met the Presidency and the State Security Agency before releasing her finding that the inflation setting mandate of the Bank must be changed. Exhibit A in the papers was a note, purportedly in her own handwriting, made during her meeting with the SSA, in which she posed the question about the Bank, “How are they vulnerable?”. Then, just as the legal reporters were digesting that, the KwaZulu-Natal correspondents were fighting to be the lead with the court ruling that the conference that saw Sihle Zikalala elected leader of the ANC in the province was illegal, and thus null and void.

In so many ways these two issues, taken together, say so much about the last decade of our politics. They are two completely separate developments. One is about economic policy, the other about a provincial conference of the governing party. And yet no one can deny that they are both about Zuma. Mkhwebane was clearly part of a plot to undermine and destabilise the Reserve Bank. After her ruling on the ABSA/Bankcorp bailout (which she then abandoned when challenged by the Bank, Parliament and the National Treasury), there were only two possibilities. That her time as a spy proved the adage that “once a spook always a spook” and she was working for Zuma, or that she was a loon. Now we know that she was working for Zuma. The KZN ANC ruling is also all about Zuma. It is about his determination to cling to power through any means necessary, by breaking the rules of his own party. Zikalala is one of his strongest supporters, it is obvious to everyone how important the province will be in December, and so he was making sure that it was in his grasp.