Comment on the youth vote by Melanie Verwoerd – formerly an ANC MP and Ambassador to Ireland: 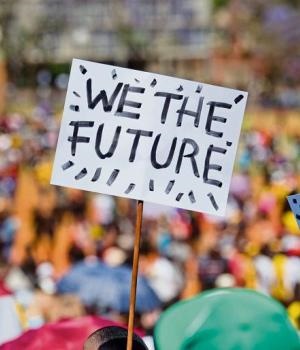 On Friday, at an event organised for Youth Day, President Zuma addressed a big crowd in Ventersdorp. Of course, none of his handlers wanted a repeat of the May Day fiasco, where he was booed and eventually had to leave without addressing the crowds.

From the TV visuals it was clear that the organisers were taking no chances and brought in hundreds of children in school uniforms.
The children looked utterly bored as the president read a prepared speech in his usual halting manner – until a group of students started chanting: “Zuma must go; Zuma must go”. Now you have to pity the man. They “rent a crowd” and STILL he gets booed. He must really feel he can’t win.

On a more serious note, there was a sad irony in the image of young people being roughly escorted out by bodyguards of the president for protesting against the current political regime on the day that we commemorated the events of June 16. Source:  News24