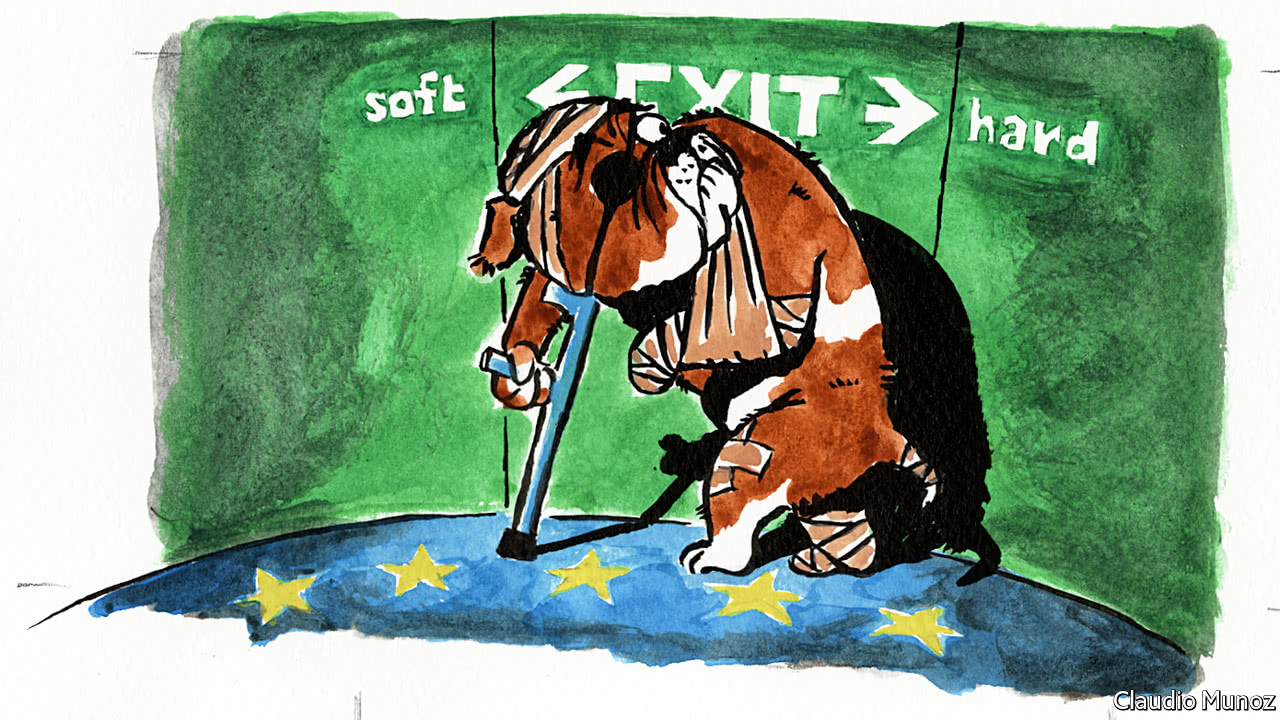 THERESA MAY called a snap election two months ago to build a “strong and stable” government. How those words will haunt her. On June 8th voters decided that, rather than transform her small majority into a thumping one, they would remove it altogether. The result is a country in an even deeper mess. Mrs May is gravely wounded but staggering on. If and when she goes, yet another election may follow—and its plausible winner would be Jeremy Corbyn, of Labour’s far-left fringe. On the eve of the Brexit referendum’s first anniversary, the chaos it has unleashed rumbles on unabated.

With negotiations due to begin in Brussels in days, the circumstances could hardly be less promising. Yet the electoral upset has thrown up a chance for Britain and the European Union to forge a better deal than the one which looked likely a week ago. Because Mrs May’s drastic “hard Brexit” has been rejected by voters, the question of what replaces it is back in play.