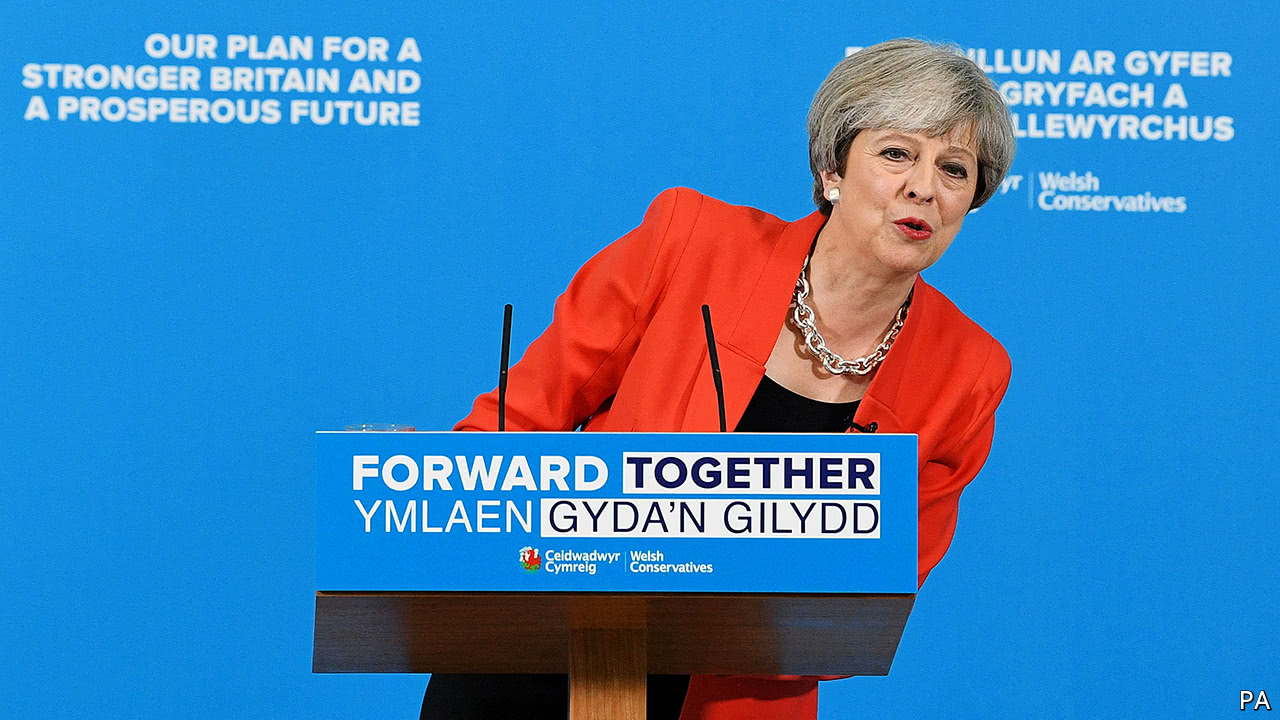 “NOTHING has changed. Nothing has changed!” insisted Theresa May. But it had. Four days after the launch of the Conservatives’ manifesto on May 18th, the prime minister reversed its signature policy, a proposed reform of the funding system for social care for the elderly, which had come to be known as the “dementia tax”. Mrs May insisted that the change was merely a clarification. But Sir David Butler, a nonagenarian psephologist at Oxford University, noted on Twitter that in the 20 general-election campaigns he has followed, “I can’t remember a U-turn on this scale.” The about-face is welcome, but leaves the social-care system underfunded and has fed a growing perception that the manifesto was not thought through.

More at  The Economist