WASHINGTON, D.C. — Sixty-four percent of U.S. adults say same-sex marriages should be recognized by the law as valid. Although not meaningfully different from the 61% last year, this is the highest percentage to date and continues the generally steady rise since Gallup’s trend began in 1996. 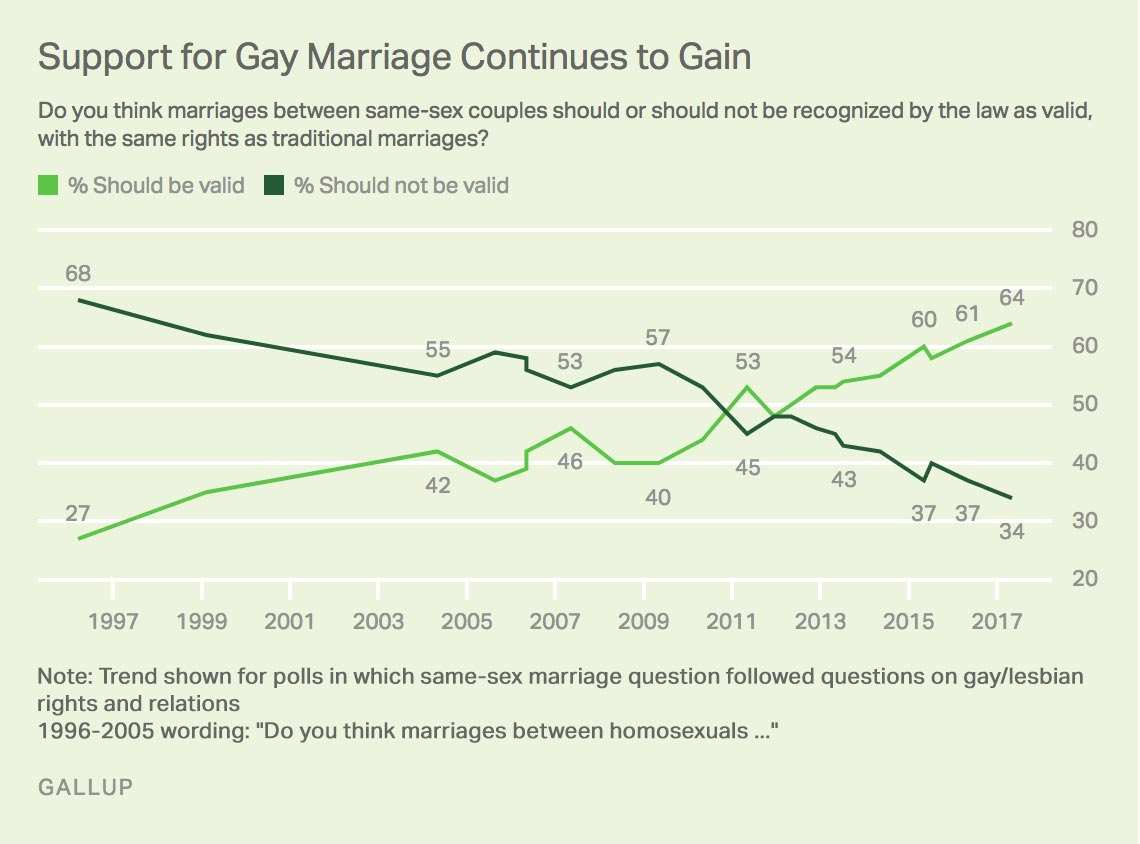 The latest update, from Gallup’s annual Values and Beliefs poll conducted May 3-7, comes nearly two years after the Supreme Court ruled that states could not prohibit same-sex marriage.