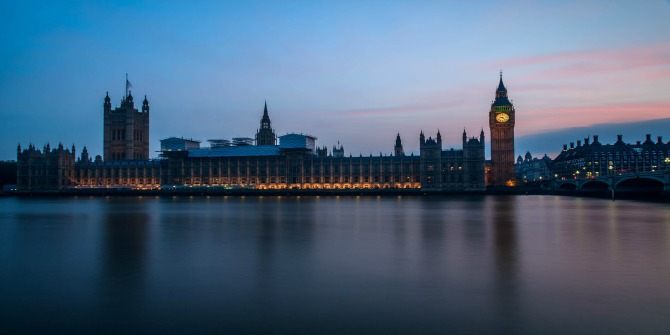 The public is losing faith in the political process – both in the UK and in many Western democracies. Politicians gather public support for promises they cannot realistically achieve, while many policies are developed and implemented in fundamentally flawed ways. Drawing on his insider experience, Nick Raynsford proposes three steps that would trigger meaningful change.

2016 has not been a good year for politics or politicians. Whether we are looking at the Trump candidacy in the USA, the tragic-comedy of the Brexit referendum, or the unrelenting horrors of Syria, again and again we come face to face with the uncomfortable truth that the public is rapidly losing faith in the political process as practiced in most Western democracies.  Hardly surprising then, if an increasing number are turning away from conventional politics, embracing ‘protest’ or ‘gesture’ parties or candidates, or using opportunities such as a referendum to send a message of disapproval to the ‘political elite’ in their ‘Westminster (or Washington) bubble’.

This response may be understandable at one level, but it is not a solution. On the contrary, the outcome will inevitably be greater public disaffection: as the ‘protest’ politicians predictably fail to deliver on pledges that were unrealistic (Syriza in Greece) or as ‘change’ policies (Brexit) unravel because of their inherent contradictions (“having your cake and eating it” as Boris Johnson memorably advocated). In the meantime, those who advocate ‘politics as usual’ compound the problem by failing to acknowledge the extent of public alienation, let alone coming up with effective solutions.