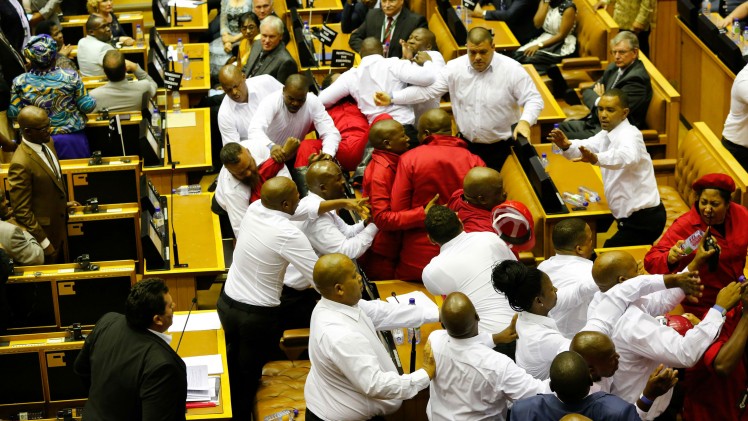 This should not bring any comfort though to the leader of the EFF, Julius Malema – his approval ratings are even lower, and declining. On the other hand, the ratingsfor Musi Maimane, leader of the official opposition the Democratic Alliance, are higher than either Julius Malema or Jacob Zuma and improving steadily. This is impressive for the leader of a party still looked on with suspicion by the country’s Black majority, and who is often portrayed by the ANC as a White stooge. These steadily improving ratings are surely promising for the future of the DA, which desperately needs to extend its support among Black voters, if it is to have any chance of realising its goal of forming part of a new government after the elections due in 2019.

The highest ratings are earned jointly by the Minister of Finance, Pravin Gordhan, who has earned widespread respect for his integrity and courage facing up to the forces of corruption and state capture plaguing the national finances, and Cyril Ramaphosa, the Deputy President.