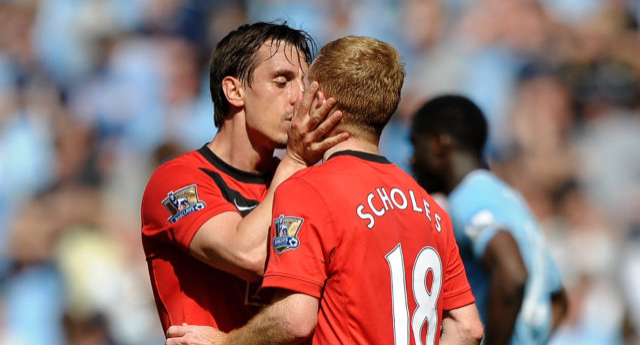 Manchester United has become the first sports team to partner with Stonewall, in a “ground-breaking” initiative.

The most successful team in British football history announced today that they will work with the charity “to tackle LGBT issues in sport and society”.

After joining in with Stonewall’s Rainbow Laces campaign last year, the club – which is worth £2.2 billion, the third-most in the world – moved to cement its relationship with the charity and the LGBT community.

The partnership will see United’s ground play host to Stonewall’s Rainbow Laces Summit in May, with sports leaders gathering at Old Trafford to gain skills and knowledge for LGBT activism.

It is appropriate that United would be the first British club to partner with Stonewall, considering how iconic the on-field kiss between Gary Neville and Paul Scholes in 2010 has become.