The report’s key findings are that:

Three years ago today, I was in the Royal Free Hospital for surgery to remove a massive GIST (“GastroIntestinal Stromal Tumour”), and with it, all of my stomach and spleen.  So – how has life been, with no stomach?

Prior to surgery, I had been warned that I would have to make substantial adjustments to how I ate (and drank). I was told, on all the websites I checked and on-line support forums. that I would be able to eat adequately, provided that I took only small meals at a time – preferably, six small meals instead of the usual three a day, I was also advised that it would be helpful to have a steady supply of something like nuts to nibble on between meals. Two different nutritionists suggested I should avoid drinking anything at all at the same time as taking my meals, and not to drink anything fizzy – no  carbonated drinks (eg, coke, or mixers), and no beer.  I was also warned that initially at least, there would have to be a gradual adjustment to eating at all – starting with liquid foods, going on to semi-liquids like smoothies, progressing slowly to soft foods, and taking time to get to the full range of conventional solids.

In addition, the standard advice is that after a gastrectomy, there is a real risk of something called the dreaded “dumping” syndrome if ever I ate too much, or too quickly.

In practice, it’s been much easier than that.

The first surprise was that the first week after surgery was even harsher tha expected. Instead of starting on a liquid diet, I was on nothing at all – “nil by mouth”. I was allowed not even water: the closest I could get, was a wet sponge to dampen my lips. Later, earnest entreaties got me permission to take some water into my mouth, provided that I spat it out without swallowing.  However, once I was allowed to start drinking from the eighth day, to my surprise I was told that I could immediately begin eating “soft” foods – and that did not mean semi-liquids, but included things like pasta, a bean and tuna casserole, mashed potatoes and scrambled eggs.

After returning home on the tenth day following surgery, I initially avoided things like toast and roast potatoes, but  it didn’t take long before I was eating the full range of foods.  I started out trying scrupulously to stick to the recommended six small meals a day, but soon found this to be impractical. Instead, on the basis that my usual breakfast and supper are in any case small meals, all I did was adjust my midday lunch, eating half at lunch time, and the rest at mid-afternoon.

I started out avoiding all drinks together with meals, and avoiding fizzy drinks completely. In time however, I found that this precaution was unnecessary. As long as I drink slowly and not too much at a time, I now find that I can easily take any fizzy drinks I like, and also enjoy a drink with meals.  With time, I have even found that on occasion I can eat quite a substantial meal at a time. Although when at home I divide my usual meal into two portions, when away from home and this is not feasible, I can eat something close to a conventional full portion (but still avoid having three courses).

I have also been fortunate in never having experienced anything like the dreaded “dumping” syndrome.  The only problem I’ve yet experienced on the rare occasions when I’ve eaten more than I can cope with, has been a lttle mild discomfort. All I’ve needed to at those times, has been to lie down  and rest for just a few minutes (no more) and that has invariably cleared it.

Other than the small adjustment I’ve made to eating, I have continued with daily imatinib tablets (a form of oral chemotherapy, taken with my breakfast) to guard against a recurrence. Because of the sheer size of my tumour (26cm x 19cm), I’ve been told I will likely remain on the medication for life, Here too, I’ve been fortunate. Some people have difficulty just tolerating the drug, others experience some nasty side -effects. I’ve never had any difficulty taking it, and although I do have a range of side-effects, these are fairly mild and do not particularly interfere with my daily routine.

So, my experience has been quite different to the warnings given in the relevant websites (GIST SupportUK and others). Does this imply that the standard information is flawed – or am I just an “anomaly”, as one respected GIST colleague has said to me? I don’t know – but I do suggest that for anyone else awaiting a gastrectomy, take note of the standard advice, make all the preparations and adjustments recommended.  Understand though, that we all respond differently to surgery and to medicaion. Your experience may turn out to be a pleasant surprise, as it has been to me,.

The government’s own declared target is to build 300 000 new homes a year – but instead of building more, the number of new housing starts is down on last year. The number of new homes registered by housebuilders with the National House Building Council (NHBC), representing 80% of the national total, was just 159 617: not much more than half the annual target.

Housebuilding declined sharply in London and the Midlands last year as political and economic uncertainty around the shape of Brexit hit the housing market, according to industry figures.

The number of new homes in London registered by housebuilders with the National House Building Council (NHBC) in 2018 fell 10% from the previous year to 16,069, the biggest annual drop since 2016. In the east Midlands and West Midlands, registrations were also down 10%, to 13,447 and 13,087 respectively following two strong years. 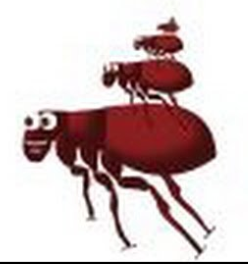