Support for the EU among its citizens has jumped sharply since the Brexit vote, even as Europeans expressed doubts about Brussels’ handling of migration, trade and the economy. 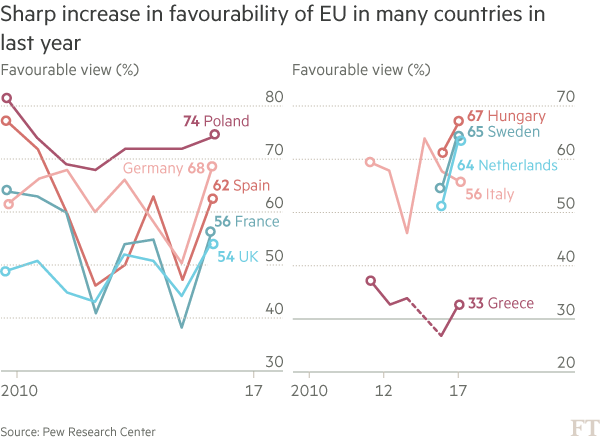 Countries including Germany, France and even the UK all reported a big rise in the number of people with a favourable view of the EU as the bloc’s reputation recovered from a series of crises in recent years.

Britain’s vote in June last year to leave the EU has helped coalesce support for the bloc among the 10 countries surveyed, according to the analysis by Pew Research Center, which surveyed just under 10,000 people. 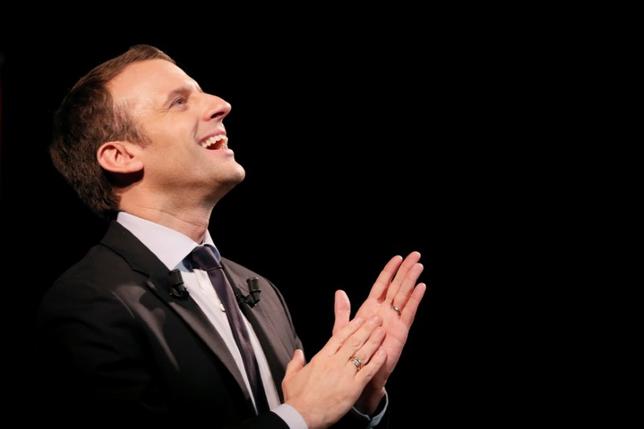 Centrist Emmanuel Macron saw his position as favorite to win France’s presidential election boosted on Thursday in two polls, with one showing him ahead of far-right leader Marine Le Pen in the first round of the two-stage contest.

A monthly Cevipof survey, seen as the most authoritative because it has a far bigger sample size than most polls, put Le Pen well ahead in the April 23 first round though Macron was seen easily beating her in a May 7 runoff.

However, a Harris Interactive poll showed Macron winning the first round with 26 percent of votes, with Le Pen taking second place on 25 percent, setting him up to trounce her in the run-off with a score of 65 percent.

It was the second poll in the space of a week that put the 39-year-old ahead of Le Pen in the opening round, a signal that the centrist former economy minister may be consolidating his position 45 days from the first stage of the contest 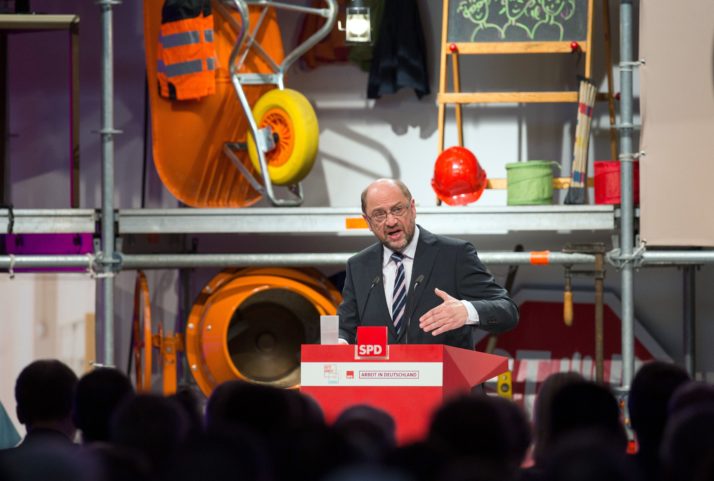